The small business CGT concessions offer valuable tax savings for business sales, but there are major changes to the rules for selling shares have added extra tests that will be difficult to satisfy.

What was the problem with the old rules?

In an effort to overcome perceived abuse of the old rules dealing with selling shares and units in business entities, the Government has implemented an expanded series of tests for sales on or after 8 February 2018 as part of the basic conditions for applying the CGT concessions.

The problems identified with the previous rules were that they potentially allowed:

Pat, Josh, Mitch and Nathan each owned 25% of Last Blast World Pty Limited, which carried on a sporting merchandise business. They were able to sell their shares in LBW to IPL Holdings for $20m in total, but as none of them were treated as controlling LBW they would each have to count only the value of their 25% stake ($5m) when applying the $6m net asset value (NAV) test, giving them a reasonable chance of applying the concessions. 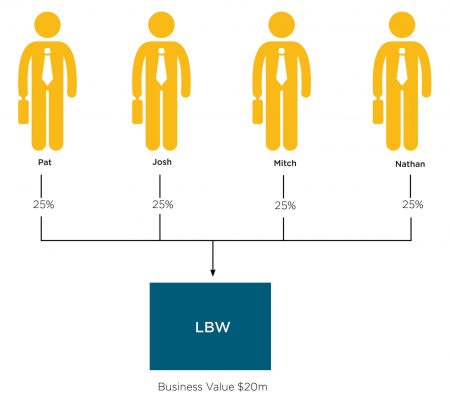 As will be seen below, the situation under the new rules will be vastly different.

Freddie owned 100% of Blue Origin Pty Limited which carried on a business of corporate wellness coaching, and sold all of his shares to Todd for $10m.  In the year of the sale Freddie acquired a worm farm that supplied local anglers with bait, and had an annual turnover of $400,000.  That makes Freddie a “small business entity”, and he could claim the CGT concessions for the Blue Origin share sale. 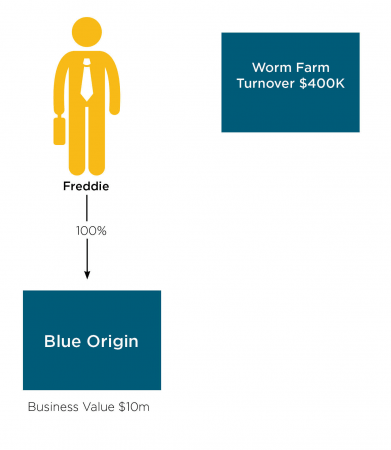 There are now three additional basic conditions to be met for a share sale.

This test applies only to multi-layer structures, and changes the way in which the active asset test applies to selling interests in an entity that in turn holds an interest in another entity carrying on a business, i.e. selling at the “top” of the structure.

The modified test looks through interposed entities to their proportionate interests in the market values of assets held by the underlying operating entities.

The operating entities must meet either the $2m turnover test or the $6m NAV test using a modified control test where 20% or more is enough to establish control.

The taxpayer must also be a “CGT concession stakeholder” in the operating entity, i.e. they or their spouse hold an interest of at least 20%.

There is quite a lot to this test, and it can only be readily understood using an example.

The steps to be followed in applying this condition are: 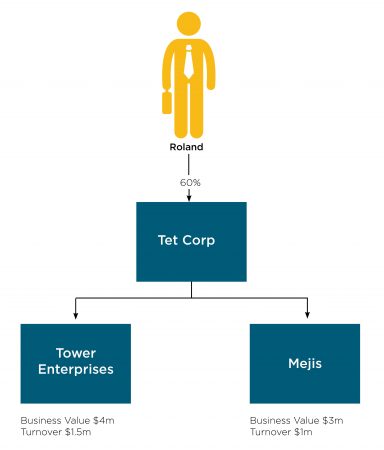 Condition 2 – Carrying on a business prior to the CGT event

This takes a very prescriptive approach to applying the $2m turnover test when shares or units are sold, and becomes relevant if the $6m NAV test cannot be satisfied.

There are two parts that, when combined, make it more difficult to use the $2m turnover test.

Returning to Example 2 above, if Blue Origin’s turnover exceeded $2m he would fail the test.

If, however, Blue Origin’s turnover was $1.5m, and the worm farming business (turnover $400,000) was acquired before the share sale, Freddie may scrape in just under the $2m threshold.

The company must satisfy either the $2m turnover test or the $6m NAV test, in each case if there is a multi-layer structure applying the modified control percentage of 20%.  This is all aimed at preventing taxpayers from using the concessions when selling shares in a large business.

Returning to Example 1, LBW clearly fails the $6m NAV test, so it would need to look at the $2m turnover test, and each individual shareholder would need to satisfy Condition 2, i.e. to carry on a business in their own right and have aggregated turnover no more than $2m.

As LBW’s turnover was $4m, and none of the individual shareholders were carrying on a business, under the new rules they could not apply the CGT concessions.

The changes to the small business CGT concessions are significant for share sales, and are intended to close off perceived loopholes. This will need more planning to maximize access to the CGT concessions, or if they cannot be used then to review other approaches that will provide the most tax-effective outcomes for the business owners.

Our End of Year Update 2022 newsletter addresses a number of topics relating to 2021/22 tax savings and end of year business planning.